I’m an American female living in Indonesia, which has a majority Muslim population. You may already know that the government of Indonesia is not religious. It’s secular and recognizes many different religions. In fact, we get holidays for many different religious – Islam, Buddhist, Hindu, Christian, and probably more that are just slipping my mind right now.

Even though the government is secular, 90% of the population is Muslim. But the overwhelming majority of Muslims here are moderate, and it’s rare to see a woman who covers her face.  Many cover their hair, but rarely the face.

There are no laws about what women can and cannot do. In fact, Indonesian women hold prominent positions both in the government and in the private sector.

In family matters, women often control the family finances. The situation is changing a bit now, but traditionally, the man handed his salary over to his wife every payday. Then the wife gave her husband just enough money each day for lunch, cigarettes, or whatever. At restaurants, the bill is often brought to the woman because it is generally assumed that she’s the one who has the money.

So it’s been clear to me since I arrived here 30+ years ago that women are not second class citizens by a long shot. However, I’d always thought of head scarves as a sign of female oppression. Obviously, I had to re-think that attitude as it related to the situation in Indonesia. After all, the person who controls the money in a relationship has a lot of power.

Many Indonesian women cover their hair with a hijab. Then to round out their outfit, they might wear a long, loose garment that conceals the shape of the body. Many women, though, wear regular clothes or even skin-tight blue jeans. In other words, wearing a hijab does not mean that the rest of the woman’s clothing is Muslim.

To clarify the most common kinds of Muslim dress for women – 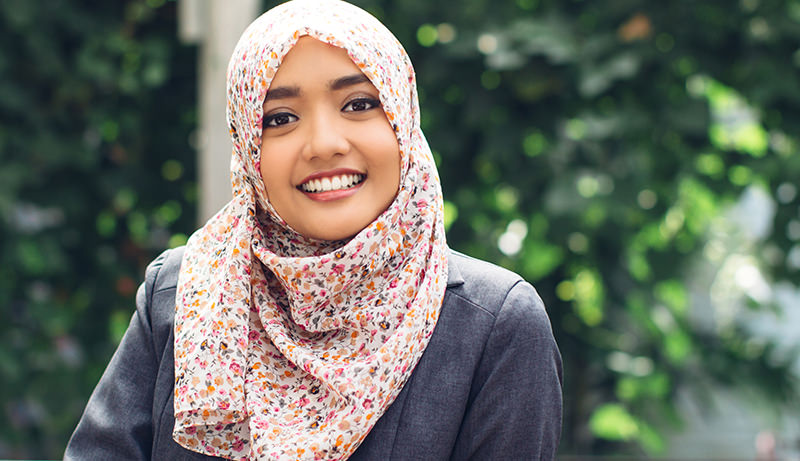 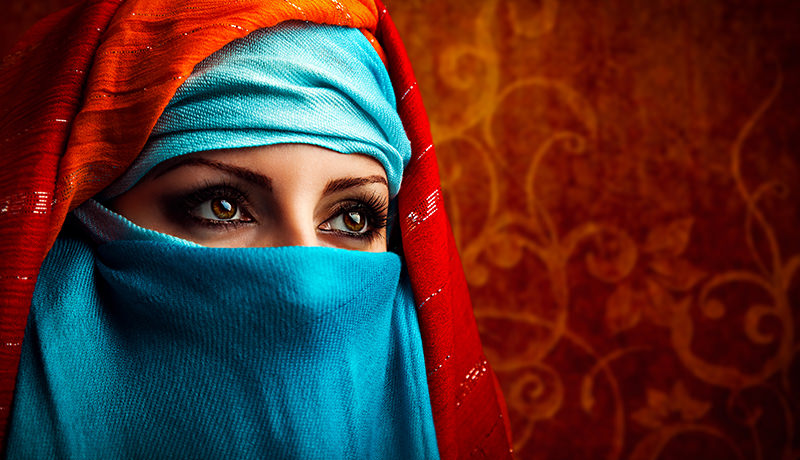 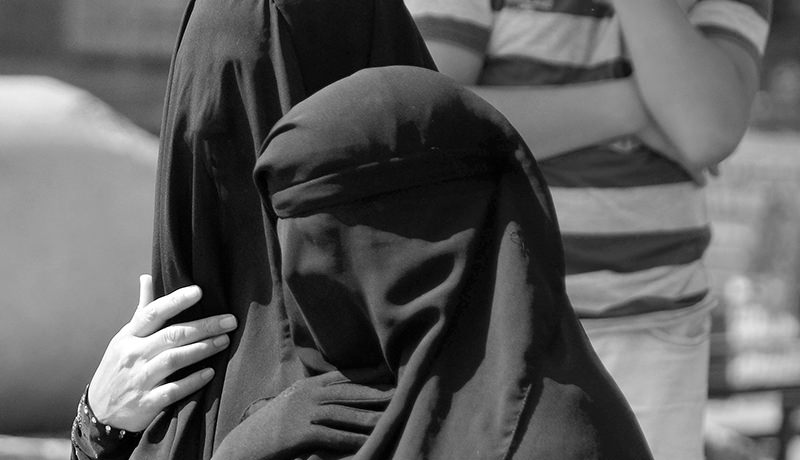 Wearing a hijab has become very trendy over the past several years. They are often brightly colored and coordinated to the rest of the lady’s outfit. Hijabs often have more to do with fashion than religion.

It seems to me that hijabs were less prevalent when I first came to Indonesia in 1982 – at least in Jakarta where I was living. Even today, fewer women cover their hair in cosmopolitan Jakarta than in smaller cities or the countryside.

How Much Modesty Is Involved?

In all the years that I’ve been here, I haven’t asked hijab-wearing women about their reasons for wearing it. Why? Well, I don’t know many women who wear one.

Some women wear a hijab only under certain circumstances. My housekeeper, for example, covers her hair only for funerals or weddings.

One friend of mine said that she can’t stand to wear one because it’s too hot.

Do women who cover their hair go to salons that cater only to women? There’s a women-only salon I go to for facials. I often see women putting their hijab back on after having a facial or having a haircut, and it often takes a very long time to get it just right. So don’t think it’s an easy way to get ready quickly.

But a few weeks ago, I was in a salon getting a pedicure. This salon is in a shopping mall and has glass windows all along one side that is open to the passing throngs. Employees and customers are both male and female.

A woman wearing a hijab came in and took off her head scarf. Her stylist was male and obviously not a relative or friend. He washed and cut her hair, then blew it dry using his hands rather than a brush for styling.

Once her hair was dry, he walked away, and she proceeded to pull her hair back into a pony tail that she pinned under so it was just a bulge. She then pinned a large decorative clip just below the bundled pony tail.

Okay, I didn’t think too much of the decorative clip, but I thought that was the end of that. Wrong. She then spent the next 10 minutes arranging her head scarf – all within view of the passing crowds.

Probably no one walking past had any interest in looking at this woman covering her hair, but the fact is that she was visible to men and women alike, both inside the salon and outside in the hallway.