Did I end up traveling the world and living in Indonesia because it was my destiny? Or was it just bad luck – or maybe good luck?

Destiny and luck have a lot in common. The general idea seems to be that both involve something that is beyond a person's control - something that can be good or bad or somewhere in between.

For example, one of my close friends thinks that I've always been lucky. He thinks that all the good things in my life have come to me because I was lucky and that he is not living his dream because he hasn't been lucky.

Sometimes he used the word luck or lucky to describe my life, and other times he said that it was my destiny to live my dream life. I never took it personally, but it sounds to me like he doesn't give me credit for what I've accomplished - that I would have ended up where I am today no matter what.

This friend is not aware of the difficult and depressing years that I had earlier in life. And when I tell him about those times, he doesn't understand that I moved through those difficult times to better ones simply because I took charge of my life and brought myself out of those funky times through my own willpower. In his mind, it was just luck or destiny.

Not Luck or Destiny

I had certain dreams through much of my early life, and I was always looking for a way to fulfill those dreams. I didn’t sit down and plan – I was never a goal setter or planner. But when situations came along that seemed closer to my dream than what I was doing at that time, I grabbed them. 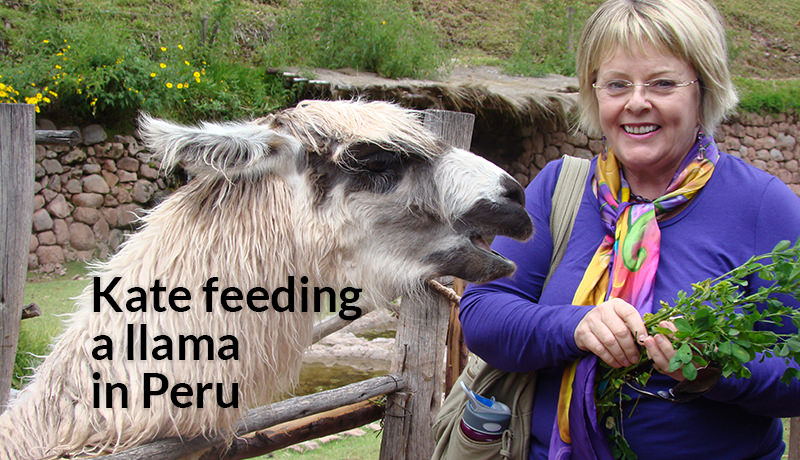 Sometimes doing that involved risk on my part. And sometimes those situations ended up in disaster. But I always learned a lot from those disasters. Looking back, I can see that although I stepped both forward and backward, the overall path was in the direction toward living my dream - simply because I was willing to take risks along the way.

Being willing to take risks in life means that you are not afraid to fail. Unfortunately, we’ve been taught (brainwashed) about being successful at whatever we attempt. That’s too bad because failing now and then is important. It’s those failures that offer so much opportunity for growth. And if you don’t fail once in a while, you won’t know whether you're striving hard enough.

Albert Einstein certainly was not afraid to fail. When he showed up at Princeton, the person who showed him to his office asked what supplies he’d need. Einstein answered, "A desk, some pads and a pencil, and a large wastebasket to hold all of my mistakes."

Let yourself make mistakes. Don’t get stuck in a rut.

Take risks so that you can make your own destiny.

Maybe My Friend Was Right!

But then again, maybe it was my destiny to be a risk taker. Maybe my friend was right after all. Maybe I couldn't have done anything differently. Who knows???