When one of your traveling friends talks about Vietnam, do you expect him or her to talk about salt? Probably not.

Instead, your friend will most likely tell you about the gorgeous rice fields. Vietnam’s rice fields are a huge attraction for tourists, especially tourists who think of themselves as budding photographers.

You might be surprised to know that other areas of Vietnam lure would-be photographers and offer unbelievable scenes to capture. In fact, Vietnam’s salt fields are one such place that are just as picturesque as rice fields – just in a different way. And some people say that Vietnamese salt is better than any salt that can be found anywhere else in the world. 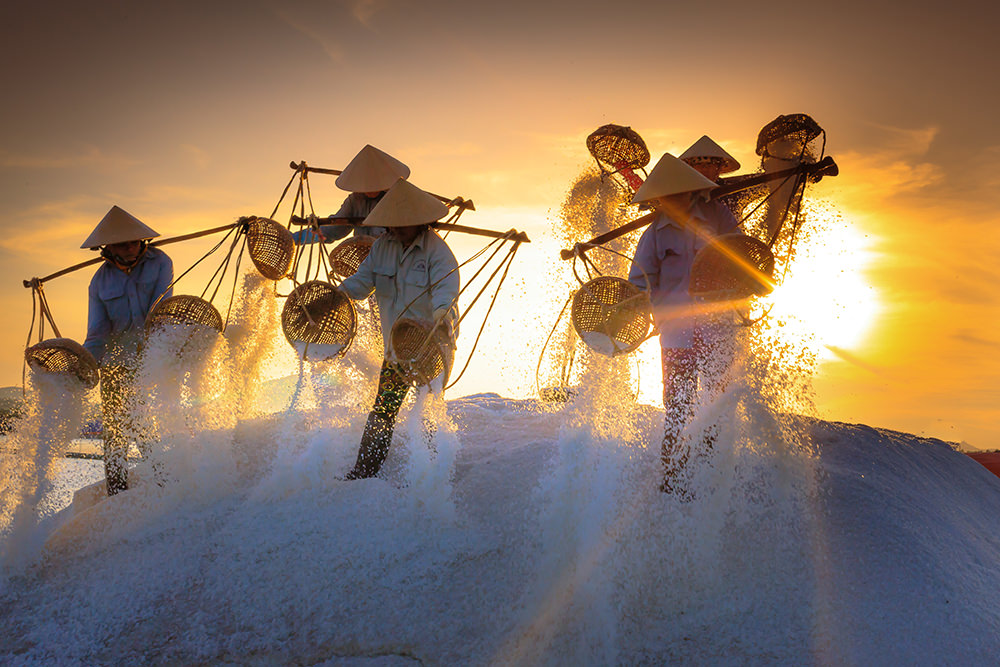 Look carefully at this photo. Doesn’t the white look like snow. It’s not. It’s salt.

In the Nha Trang area of South Vietnam, local workers have been making salt forever – or at least as long as anyone can remember.

Making salt there is the natural thing to do because the concentration of salt is high in many of the coastal waters along South Vietnam. Workers have built channels to direct salt-filled water from the sea into shallow inland fields. As the water sits there, the water evaporates as the sun dries the salt. 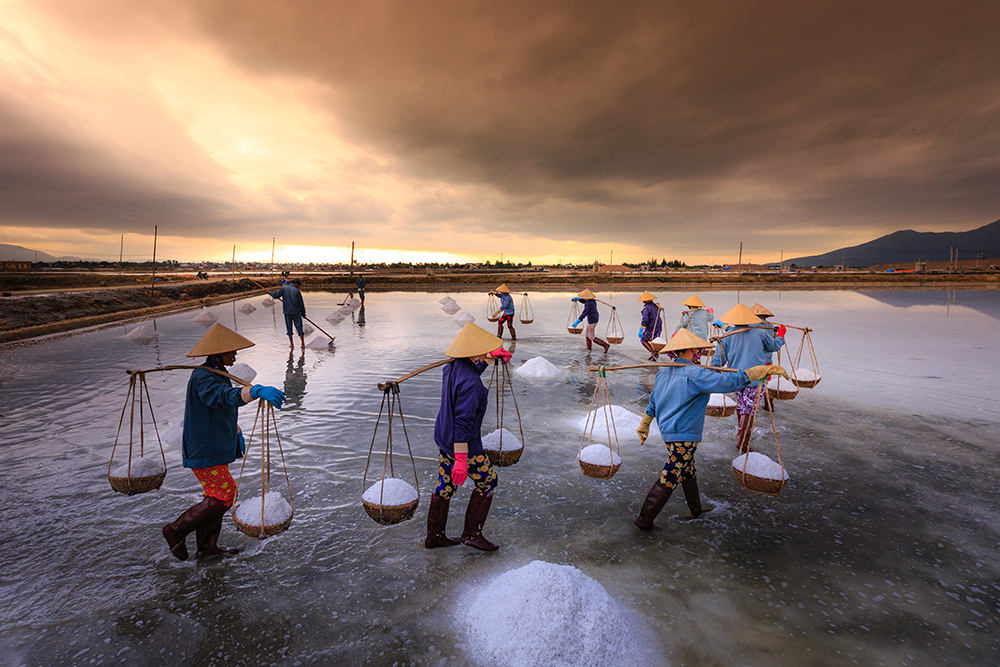 Workers come out at 4am and work until 9am raking and collecting salt before the heat of the sun would make work difficult. Even so, workers protect themselves from the sun with hats, and they wear rubber gloves, rubber boots, and facemasks for protection from the harsh salt.

If you want to see salt-making in progress, you’d better visit from March to July. Don’t expect to be able to communicate with workers in English, but they are friendly and welcoming.

Want to remember this post? Save Vietnamese Salt - Is It the Best?' to your favorite travel board on Pinterest.