Home / Blog / Expat Living / Can You Speak Indonesian? The answer might surprise you.

I’m sure that your immediate response was in the negative — unless of course, you’re Indonesian or have been living there a long time as I have.

But you probably don’t realize that you already know at least one Indonesian word. What do you call the mother primate that’s pictured above? You probably knew that the mother in the photo is an orangutan. Right?

The word is pronounced slightly differently, and the emphasis is on a different syllable from our English pronunciation. But yep, that’s an Indonesian word. ‘Orang’ means person, and ‘utan’ means forest. So, an orangutan is a person of the forest, and you now you can see that you already know one word in Indonesian.

Since the word is Indonesian, you probably realize that orangutans live in parts of Indonesia, specifically only in the rainforests of Borneo and Sumatra. They don’t like parties. Instead, they prefer being alone or just with close family members.

Babies spend two years with their mothers. Once the youngster reaches adulthood, the child may remain in the same location as the mother, but there will not be any real social interaction between the two. Adult orangutans actually avoid interacting with other adults in the same area. Instead, they prefer to live alone in trees and make a nest each night for sleeping. 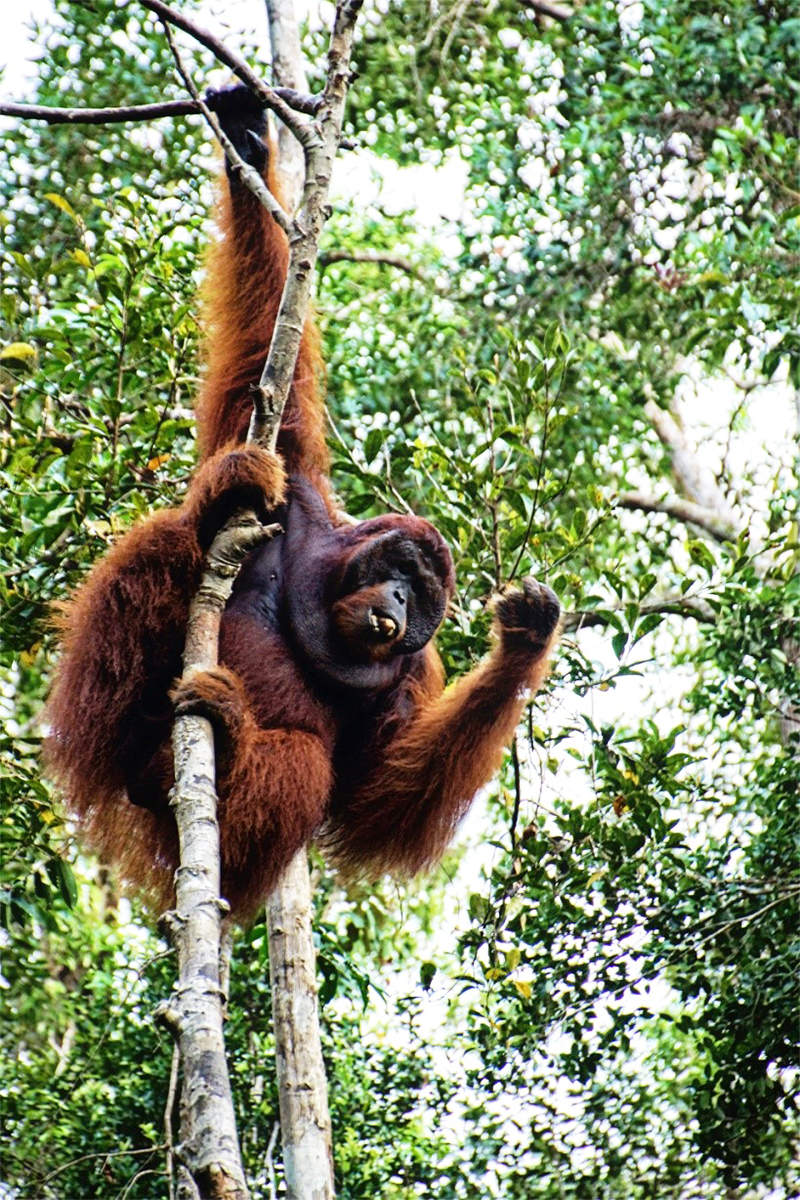 The adult male in the photo above seems to be threatening another orangutan with his fist. That’s not the case though. He’s carefully holding onto some fruit in his hand until he finishes off the banana that is in his mouth. Wouldn’t want to drop it and have to make the climb all over again.

The image below shows orangutans at a feeding station at Camp Leakey in Borneo — or Kalimantan, Borneo's Indonesian name. This rehab center was founded by Dr. Biruté Galdikas and her former spouse Rod Brindamour in 1971 as the first rehabilitation center in Indonesia for orangutans. Named after the famous anthropologist, Louis Leakey, it is in the center of a major rainforest, the favorite environment of orangutans. 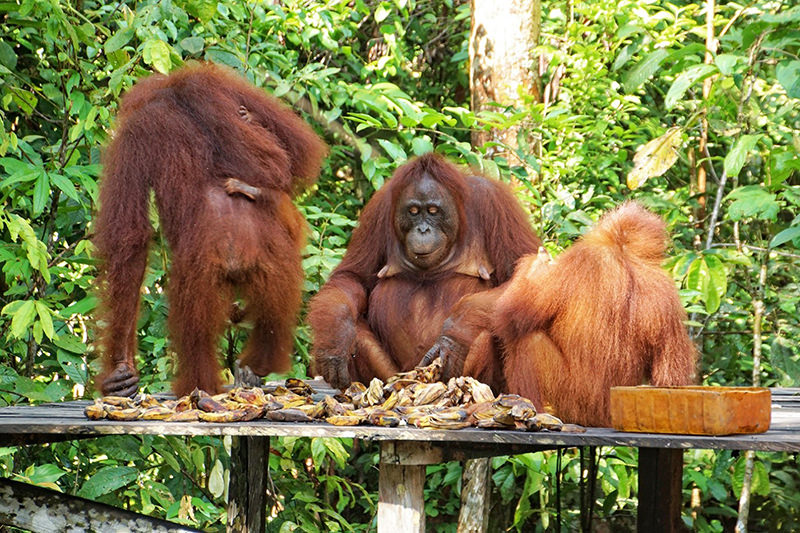 Even though they prefer to live a solitary existence, they don’t mind if others are close by when food is around. On the left in this photo is a mother facing away from the camera with her baby in her arms. In the middle is an adult male, and on the right is an adolescent male. All are happily eating bananas that the staff at Camp Leakey put out for them at a feeding station.

Camp Leakey is an active research facility, so tourists are not allowed to stay overnight, but they are welcome to make day trips to the feeding stations to view the semi-wild orangutans in person. 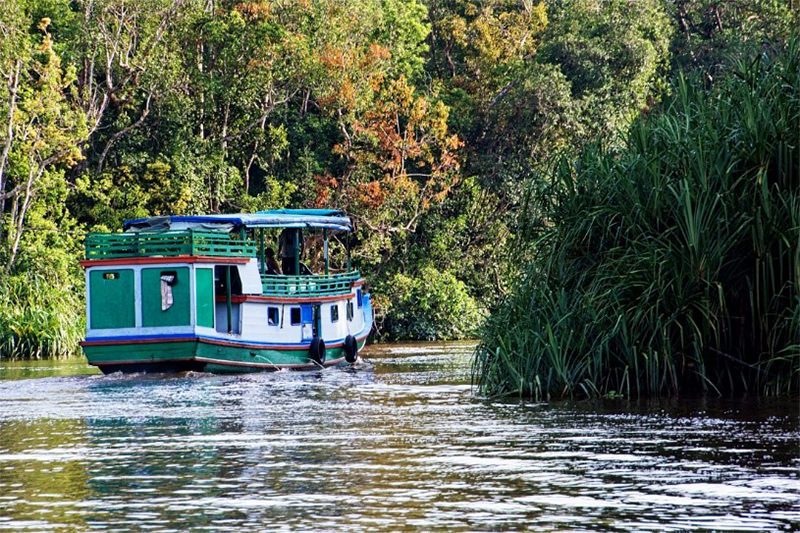 Are you thinking you might like to visit Borneo? I went there to see the orangutans and recommend the experience to everyone. Tourist lodgings have been constructed not far from the rehab center, just a short ride on the river. Just don’t expect five-star accommodations. When she was filming Eat Pray Love, Julia Roberts visited the area and stayed in one of the tourist lodges. I figured if it was good enough for Julia, then it was good enough for me.

Seeing the orangutans in person is the experience of a lifetime. The starting point for this adventure is Pangkalan Bun, just a short flight from Jakarta, Indonesia’s capital. Even the best accommodations in the area are somewhat primitive, but seeing these ‘people of the forest’ up close and personal is well worth living without all the modern amenities for a few days.

Want to remember this? Save 'Can You Speak Indonesian?' to your favorite board on Pinterest.

Secrets Smart Travelers Know to Stay Safe on the Road